Home / Products  / Things that are forbidden in my house 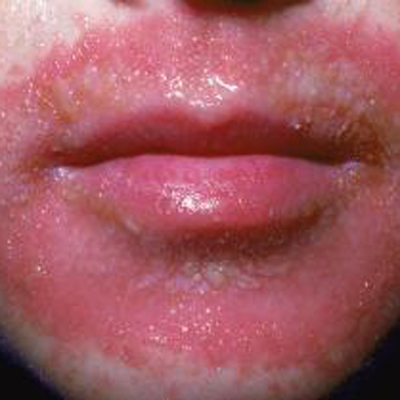 Some products make me cringe, either because they don’t do what they say they will or because they are just plain overpriced.  Here is my list of most worthless products:

Neosporin is a combination of 3 different topical antibiotics-Neomycin Sulfate, Polymyxin B and Bacitracin Zinc.  They say you should use it on “every cut, every time” and claim that it will heal cuts and scrapes in half the time.  There are two reasons why I have banned Neosporin from my house.

First, non-infected wounds don’t heal any faster with Neosporin than with vaseline, at least not in any credible study that was performed by a 3rd party instead of a drug company.  When it comes to simple wound healing, washing the wound with soap and water and then keeping it covered with Vaseline is king.  Many products claim faster wound healing, but there aren’t any randomized controlled trials that show a better response than vaseline.  Can you think of an easier study to do?

Second, Neomycin sulfate was allergen of the year in 2010.  Bacitracin was allergen of the year in 2003.  With repeated usage, about 10% of people will develop allergy to either of these topical antibiotics.  Using them on open wounds on the legs is particularly prone to cause allergy to develop.  When allergies to these antibiotics occur, patients develop a poison ivy like reaction on areas where they use them (like what you see in the photograph featured in this blog post).  In addition, some patients with bacitracin allergy have developed anaphylactic shock.  Patients with severe neomycin allergies are unable to receive some vaccines.

I never use Neosporin and see no reason to ever use it.

Hydrogen peroxide isn’t bad, its just seldom used the right way.  Hydrogen peroxide is good for one thing, and one thing only–loosening up scabs or dried blood.  Its a lousy wound cleaner.  Soap will work just as well and will hurt a lot less.  Hydrogen peroxide is terrible to use on wounds to help them heal-it’s actually toxic to skin and daily usage of it will dramatically slow down wound healing.  However, I do have Hydrogen Peroxide in the clinic to use for removing scabs.  Wounds that have formed scabs will heal more slowly and with worse scarring than wounds without scabs.  So, we use hydrogen peroxide to loosen up scabs, then clean the wounds, and have patients start to apply vaseline again.  I do have hydrogen peroxide at home, but its not for use on any living creature.  I found out that it works well in my SpotBot floor cleaner and is much cheaper than the OxyGen additive that Bissell sells.

Mederma is the #1 selling product for scars and stretch marks.  Patients ask all the time what I think about it.

I think its garbage.  To me, it is the definition of snake oil.  I also cannot figure out what is in it that would do anything.  Their  Advanced Scar Gel contains Water (purified), Peg 200, Alcohol, Xanthan Gum, Allium Cepa (Onion) Bulb Extract, Lecithin, Methylparaben, Sorbic Acid, Panthenol, Sodium Hyaluronate, Fragrance.  Water and alcohol certainly don’t do anything.  PEG is polyethylene glycol (antifreeze) and makes creams spread well.  Xanthan Gum is a thickening agent, often found in salad dressing.  Onion bulb extract is what it is.  Lecithin is a fatty emulsifying agent that comes from egg yolks and is also often found in salad dressing.  Methylparaben is a preservative that will probably be removed from the market soon because its not healthy.  Sorbic acid is a natural preservative.   Panthenol is Vitamin B5.   Sodium Hyaluronate is a polymer that increases viscosity.

Mederma claims that the proprietary plant extract (onion bulb extract) is what helps scars.  A very modest improvement in scars was reported in a study they paid for.  Patients rated their scar improvement as 1-Mild, 2-Moderate, 3-Signficant.  Mederma users reported an improvement of about 1.9 vs patients who did not treat their scars who reported an improvement of 1.4.  It is a worthless study.  Patients were “randomized” to put Mederma on one scar and not the other and then score the wounds.  Vaseline was not tested.  I believe that it would have scored 1.9 or better.  A proper study would have addressed two essential questions.  1.  Does the proprietary plant extract do anything?  This would be tested by having patients apply product containing the onion extract to one scar and a placebo product that is identical in every way except lacking the onion powder on the other scar without either the patient or the investigator knowing which was which until the scar improvement was scored.  2.  Is the proprietary plant extract better than Vaseline?  This is simple, just compare it to vaseline.  Mederma’s study was reported in The Journal of Clinical and Aesthetic Dermatology.  This “Journal” is known as a throw away journal because it is sent out free to all dermatologists because every study in it is paid for by drug companies, hence they don’t need to collect any subscription fees to produce the journal.  It is where you go if you want to pay to publish something so that you can claim on TV that your product has been “shown in clinical studies” to do X, Y, and nada.

Looking over that list, I think you would be better off using salad dressing because it doesn’t have methylparaben and probably has everything else that Mederma does.  And you can get 16 oz for $3 instead of $16 for 0.3 ounces.  But, until someone does a real study that beats Vaseline, your best bet for wounds is still Vaseline.

Patients also ask me all the time if Proactive works.  I never see patients that have had it work for them-they don’t need me.  But, for mild acne Proactiv should help.  The only active ingredient in Proactiv is 2.5% Benzoyl Peroxide which is a good basic over the counter acne medicine.  My main beef with Proactiv is that they make it sound like they have some kind of super secret magic formula, when really all it is is one of the most common over the counter acne medicines (Salicylic acid is the other).

However, I will give them props for being 2.5% Benzoyl peroxide.  Many studies have shown that 5 and 10% benzoyl peroxide give no additional benefit but just cause more irritation.

Next post Patch Testing- Being a Skin Allergy Detective

Use our convenient online form to request an appointment at our Issaquah, WA, office. You can also schedule via phone, at (425) 654-1275.