Home / FDA  / Why I despise supplements 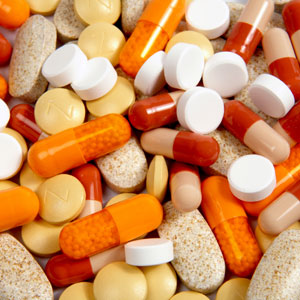 I hate talking about supplements.  I really do.  The reason I hate talking about supplements is because my PhD in Biological Chemistry and Molecular Pharmacology made me skeptical.  Of everything.  On one hand, I’m like Fox Mulder, and want to believe that these things can help, but I relate very well to Dana Scully (who was my celebrity crush for quite a few years) who wanted proof.

Maybe, but no one knows for sure.  Entire industries are built upon them, including the supplement industry itself, but also naturopaths, homeopaths, and others.  But data, and I mean real data, not your Aunt Millie talking about how good glucosamine makes her feel is sparse, almost non-existent.  So my first beef with supplements is that they are not subject to the same scientific scrutiny as drugs.  To bring a drug to the market you have to:

There are very few WELL done studies on supplements, and most of the good studies were flops.  A good example is the echinacea studies first in the New England Journal of Medicine in 2005 and then in the Archives of Internal Medicine in 2010.  Both of these studies failed to find any benefit from taking Echinacea.  Or at least not enough benefit to matter (from comments on the 2010 study):

The study covered 719 patients ages 12 to 80 who had new colds. The participants were assigned to groups that received echinacea, or else a placebo or no pills at all. People given the placebo, and half of those taking echinacea, weren’t told what they were taking.

Patients who didn’t know they were on echinacea had colds that lasted about 6.34 days on average compared with 6.87 for people on placebo, the researchers said.

While the researchers said echinacea was associated with an estimated 10 percent lessening in the severity of colds, they said no more than a quarter of people “would judge this level of benefit worthwhile, given the cost, inconvenience and possible side effects,” such as stomach upset, nausea and diarrhea.

Echinacea is still on every pharmacy shelf I’ve seen and my parents still take it when they get a cold.  The herbal world still says it works, and says that the studies tested the wrong type of echinacea plant.  Echinacea sales are about $150M per year in the United States.  Perhaps its harmless, but this isn’t like having soup when you have a cold.  I do have soup when I have a cold.  I also like soup, soup is cheap, and I have to eat something.  But until I see some convincing evidence, echinacea is pretty much a ground up weed that people waste $150M a year on, money that could be spent on something more useful like public health, bringing back school nurses, or school nutrition, all of which are far more likely to affect colds.

But supplements are safe!

BS.  Every time I hear someone say that supplements are no big deal because they are “safe” my blood boils.  Seriously.

This, I think, is the single biggest problem I have with supplements.  When a drug is brought to the market, safety studies need to be done.  This is what you read about when you hear about drug trials-Phase 1, 2, and 3 trials.  Phase 1 trials usually make sure the stuff doesn’t kill anyone.  Phase 2 trials are usually a bit larger and test whether less serious adverse effects are seen in a larger study population.  Phase 3 trials focus on whether the drug actually works, but safety data is also collected.  For many drugs, and certainly anything widely used (Lipitor, Plavix, Accutane, Enbrel, Humira), safety data continues to be gathered long after initial drug approval.

So for a drug like Accutane, which was approved in the US in 1982, and is a very serious medication we have TONS of safety data.  Is the drug safe?  No, you can’t just take the drug and forget about it like you do with Advil.  It has real side effects.  But by this point in time, we have a VERY solid understanding of what they all are, how often they occur, and whether they are reversible or not.

However, the supplement industry does not do this.  After a natural sleep remedy was associated with 20 deaths in the early 1990’s, the FDA took an aggressive move to regulate the supplement industry.  But, what happened instead is that in 1994 Congress passed a law that specifically excludes the FDA from regulating the industry.  It was the result of a remarkably effective lobbying campaign that creates a dramatically different set of rules for supplements called the Dietary Supplement Health and Education Act (DSHEA):

At first glance this might sound ok, but the reality is different.  For drugs, safety trials must be performed.  That data is submitted to an FDA review committee who evaluates the data and determines if the drug can continue to be developed. This process is NOT perfect, but contrast that with the supplement industry which does not have to do any trials and instead allows the sale of any supplement as long as the manufacturer SAYS it is safe.  No one ACTUALLY checks.  The FDA is specifically forbidden from evaluating supplements before they are sold and is ONLY allowed to take action if they receive reports from the public or from doctors that some supplement is harming (killing) people.

I hate doubletalk.  Doubletalk is what we do to cover our butt.

The 1994 Dietary Supplement Health and Education Act went on to say:

These are claims you will find on bottles of supplements:

Then, on the back in small print, you ALWAYS find:

*These statements have not been evaluated by the Food and Drug Administration. This product is not intended to diagnose, treat, cure or prevent any disease.

The law says they cannot make misleading statements.  In fact, if you make claims that the product is intended to diagnose, treat, cure or prevent a disease it is deemed a drug subject to FDA approval.  So what almost every supplement maker does is in BOLD BRINT state what disease their supplement will treat or cure but then on the back of the bottle in teeny tiny fine print say that they aren’t actually making those claims.  This is done because it allows them to sell their product without having to go through a drug approval process with the FDA and the FDA can’t touch them unless or until there are safety problems found after the fact.  To me, its like having a conversation with someone who has their fingers crossed the whole time.  To come clean, they would have to either make no claims or put their product through FDA evaluation.  It remains a very, very shady industry.

After all that, it may surprise you to hear that I take supplements.  I take fish oil, Vitamin D, and a multivitamin.  Fish oil has shown beneficial cardiac and lipid effects in lots of studies.  There is a lot of controversy regarding Vitamin D and how much to take, but there is very good data that most people in the northern US are deficient in Vitamin D because our body cannot produce it in the winter because their isn’t enough sun.  I ignore all other claims about what fish oil and Vitamin D do.  I take a multivitamin for the simple reason that it eliminates any worry about whether I am getting enough X, Y, or Z.

But, if you take supplements you should always remember:

I would say trust, but verify.  However, I think that as an individual that is difficult to do and the FDA has had its hands tied behind its back by the Dietary Supplement Health and Education Act.  So please –  use a hefty dose of caution.