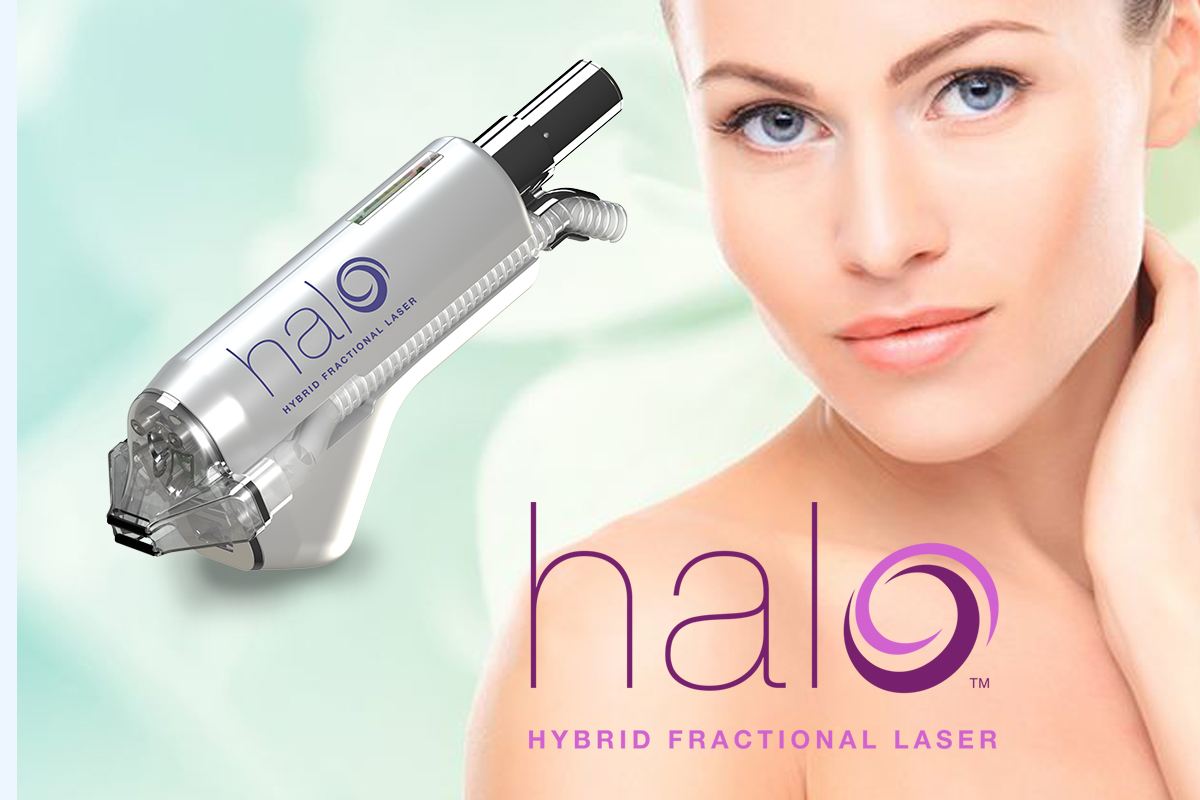 What is the HALO Pro Laser?

The HALO Pro is something called a hybrid fractional laser that can be used to restore the skin to a more youthful state and to treat acne scars.  It is the latest development in a technological journey that started in the 1990s with CO2 resurfacing lasers. The idea of resurfacing was simple then.  If you had skin with lots of fine lines, wrinkles and brown spots that was generally just beaten up by the sun, you could get rid of all those signs of aging by vaporizing the top layers and letting it heal in with nice new skin. This worked reasonably well, but there were frequent complications, and the lasers were pretty unwieldy. They truly were like light sabers; they vaporized whatever flesh was in their path. So, the treatments hurt, often got pretty bloody, and left you as red as raw meat for at least 2 weeks (possibly 3), and then pink for another month.  Yeah, sign me up for that!

Despite the shortcomings, the results from CO2 laser were still the best solution to the problem of skin aging, and many, many people did it. The single biggest issue in cosmetic dermatology has long been helping people look younger, and fortunately for the patients, dermatologists have been finding ways to improve laser efficacy and reduce downtime and side effects ever since.

We’ve come a long way since the lightsabers of the 90’s. The first major change happened when it was realized that, instead of wiping out the entire top layer of skin, you could make the treatment a lot more bearable and reduce recovery time if you only vaporized small columns of skin (making a Swiss cheese pattern) and let it regenerate from the edges of the holes.  This technique is called fractional resurfacing, and it made laser treatments dramatically more appealing because the recovery time is so much shorter.  The tradeoff is that multiple treatments are required to get the same results as full resurfacing, but it has the added benefit of far fewer side effects and complications.

A Deeper Understanding of Aging Skin

The next lesson that was learned is that rejuvenating the skin requires dealing with more than just damage at the surface.  The ultraviolet radiation in sunlight, particularly UVA rays, penetrates the dermis (basically the 2nd layer) of the skin where it basically turns the supportive tissue in the skin (collagen) into trash. The technical term for this sun damage is solar elastosis, and you can see it quite distinctively if you look at skin biopsies under the microscope.

Collagen is a protein that produces the fibers in the skin, making it soft and supple, yet resilient.  Skin with good collagen feels like a baby’s butt.  Skin with solar elastosis sags, shows wrinkles, and can even start to get a crispy feel to it.

To see the effects of sun damage for yourself, look at your arm. Look at the top of your arm where the sun hits and then look at the underside that is usually in the shade.  See if you can see the differences.  First, sun-exposed skin starts getting brown spots and uneven tone.  Then, the texture starts to become rougher.  Then, it starts getting fine lines.  Eventually, the skin becomes less and less supple to the point that it looks and feels crinkly. Do you see the difference in your skin? The smooth skin on the underside of your arm is basically what your skin could look like without sun damage.

Our body normally recycles old collagen and produces new collagen all the time, but when collagen becomes damaged by UV rays, it doesn’t go away on its own and just builds up.  So, to more completely rejuvenate the skin, you need to take out the trash–meaning get rid of the damaged collagen fibers and replace them.  One way to do this is to crank up the power on a fractional CO2 laser and vaporize deep columns of tissue.  Effective, painful, bloody, and longer downtime.  Dermatologists also found that you could do this by heating the skin up with a different type of laser that doesn’t vaporize tissue, but instead denatures the collagen (denaturation of protein is the same process that happens when you cook an egg white vs vaporization of an egg white by blasting it with a ray gun or CO2 laser).  These devices are called non-ablative lasers and were found to have much less downtime.

So, for about a decade we had these two choices: Fractional Ablative and Fractional Non-Ablative which both have less downtime than the first CO2 lasers.  Still, depending on the treatment, most providers tell their patients to be prepared for their appearance to be “socially unacceptable” for 7-10 days, after which patients can start wearing makeup. With these lasers downtime can be made to be less if you use less power, but the tradeoff is that you need more treatments.  The funny thing is, each treatment usually costs the same, no matter how much power was used.

How is Halo Different?

Do it right or do it twice?

What is special about the Halo Laser is that its actually two lasers, an ablative erbium-doped yttrium aluminium garnet laser and a diode non-ablative laser.  With each pass of the Halo, the laser is capable of providing both ablative and non-ablative treatment with the ability to fine tune each one depending on what the treatment goals are.  The fact of the matter is that sun damage and aging cause changes in the top layer of the skin (epidermis) that benefits from ablative treatment and in the lower layers of the skin (dermis) that benefits from non-ablative treatments.  Every other laser out there forces you to choose one or the other.  They will eventually get the job done satisfactorily, but you can get faster and better results using Halo by addressing both needs at once.

You might think that delivering ablative and non-ablative treatments at the same time would be a setup for getting even more downtime.  However, with Halo that’s not the case.  It turns out that combining the two treatments actually makes them work better AND reduces the downtime.  With non-ablative laser, the columns of coagulated skin need to rise up to the surface and slough off.  This would usually take 7-10 days, but by also doing some ablation at the same time, this is reduced to 4-5 days by creating channels for the coagulated skin to leave.

What to expect from Halo:

How many treatments are needed?

Significant results can be expected from a single treatment, but two treatments are ideal.  This is typically fewer than than the number of treatments required from other lasers.   Acne scarring, however, does require more treatments, most likely 4-5 depending on the severity.

What is the downtime from Halo?

The typical timeline is:

2 hours of being very red, swollen and feeling like your skin is very hot

“Downtime” is a subjective thing.  We’ve had many patients tell us that they consider the downtime to be 0 because they didn’t find their appearance to be all that concerning or felt fine covering with makeup.  Others feel that downtime is 4-5 days.

Any type of laser resurfacing is painful, but we can make it entirely tolerable using a combination of forced air cooling of the skin and topical numbing cream.  We’ve found that for most patients, it hurts for 2 hours and that cooling the skin afterwards and taking tylenol is enough.  After 2 hours, the skin remains sensitive and it will hurt if you mess with it, but the discomfort is very manageable.  That being said, not everyone tolerates pain the same way.  Frankly, men have a harder time with treatments.  Women who have had children almost always do fine.

Best tools for the job…

My dad owned and operated an autobody shop where I worked every summer starting when I was about 13. I still envy the vast array of pneumatic power tools he had. It always seemed that, for any given task, he had the perfect tool. Not only were they well suited to the task at hand, but they were also crazy powerful and immensely durable. One of his most instructive teachings was that the ultimate quality of anything you make is limited by how good your tools are.  When your livelihood depends on the quality of your work, you are best served by buying the best tools you can afford.  This lesson echoed in my mind when it came time to explore adding a cosmetic laser to the practice (along with a never ending feeling that it is really, really awesome to go to work and play with laser beams).

In the past 20-something years, the cosmetic laser market has exploded. Tremendous technological advances have been made and there is a very wide variety of devices on the market. A great many of the lasers out there are garbage. They provide only modest results and only exist because people don’t know any better.  They are often peddled by sales people who can make a used car salesman look like a boy scout.  Within 2 weeks of opening my practice, they had already started buzzing around. For the first couple years, I basically ignored all of them, because I wasn’t ready to get a laser and I wanted to do my homework before I started shopping. As my staff can tell you, I’m picky, and I’m really, really picky about technology. It was absolutely essential to me to make sure that I got the very best device on the market.

The system I chose to add to the practice is from a company called Sciton.  Sciton is a relatively small player in the laser arena, but they are notorious for engineering the hell out of everything they do.  The company seems to be run by what would probably best be described as a particularly nerdy bunch of Boeing engineers.  Their new device, the HALO Pro Laser, employs several innovative technologies to address the limitations of other systems.

What is a Hybrid Fractional Laser?

A hybrid fractional laser delivers both ablative and non-ablative wavelengths to the same or different microscopic treatment zones to provide ablative results, with non-ablative downtime.

Halo delivers both ablative and non-ablative wavelengths to the same microscopic treatment zone: 1470 nm for coagulation and 2940 nm for ablation. The 1470 nm wavelength is used for delivering between 100 and 700 microns of coagulation to the epidermis and dermis, where solar damage exists. The 2940 nm wavelength is used to deliver from 0 to 100 microns of ablation to the epidermis of the skin. This gives Halo the unique ability to provide separate treatments for the epidermis, which heals quickly, and dermis which remodels more slowly over time. The operator may choose one of three coverage-base treatment levels, and Halo calculates the exact amount of energy necessary to complete a safe and effective treatment. Intelligent energy delivery, combined with Dynamic Thermal Optimization, ensures precise and even treatments, each and every time. The benefits of a Halo treatment include both epidermal and deeper dermal pigmentation and tone and texture in the skin. 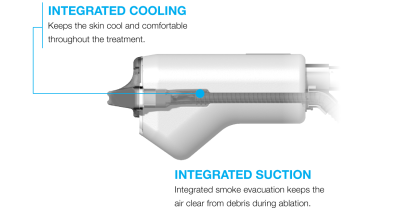 I am incredibly excited about this new tool in our belt. Not only is the technology second-to-none, but the control we have over the treatment process and downtime associated with it, is greatly increased.

Getting the most from Retinoids

How does a dermatologist’s wife take care of her skin?

Acne, Anti-aging, Derm Wife, Sunscreen, Women
Molluscum-The most common childhood infection that no one has ever heard of